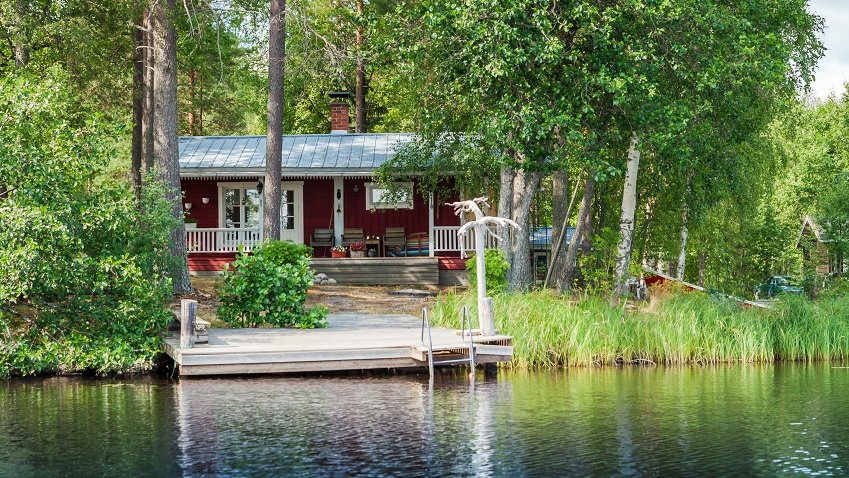 As they were raising their three children, Fred and Mary had managed to scrape together enough to buy a cottage on Houghton Lake and use it regularly for summer vacations.

The family thoroughly enjoyed the property and decorated the cottage with mementos of all the “firsts” that happened there: first swim without floaties, first fish caught by all three kids, first teenage party and cookout.

But visits to the cottage by their children Charlie, Nancy and Paul started to dwindle as they grew older. For Paul, the visits stopped entirely for a few years after he moved to Colorado and married a woman from that area.

As Fred and Mary entered retirement, they began to take a hard look at the cost and trouble involved with maintaining the cottage when it got so little use, particularly when the property needed a new well that cost thousands to drill. The parents called a family meeting to discuss how the kids would begin to bear the cost of taxes, upkeep, insurance, and how the property would be transferred to them.

Fred and Mary’s estate planning attorney had outlined the options for transferring ownership: transferring the deed directly to their children, placing the deed in their trust to pass upon their deaths, or creating a Limited Liability Corporation where everyone became a shareholder. Their attorney said that the LLC was the smoothest path for the families he had advised, but Fred and Mary opted to go with transferring the deed directly to their children. The kids initially were enthusiastic about receiving a valuable recreational property with sentimental value, at essentially no cost.

After the second year, though, the three children started to have regular arguments about who would use the cottage during the prime summer season, how costs were divvied up, and even the cleanliness of premises after a visit. Charlie thought it would be fair that his family have more time, since he visited the cottage regularly to cut the lawn, paint and do plumbing repairs. Paul felt that he should pay much less since he rarely used it. Nancy began to see that the cost of maintaining the cottage was preventing her from traveling with her family to other vacation spots.

There were other downsides as well. Since the children owned the property as tenants in common, the three children learned that:
Any one of them could force the sale of the entire property or, at a minimum, force the others to buy out his or her interest.
Each owner could be fully liable for any expense or loss related to the property.
Inheritance issues were complicated. Surviving spouses would inherit the shares of any of the children who died, and ownership would become increasingly complex as the property was transferred to the next generation.

After experiencing a couple more years of similar arguments, Paul decided that the property should be sold and the proceeds given to their parents. Or, at the very least, he should be bought out. Charlie balked, citing all the sentimental value of the cottage and the fact that he didn’t have the money to buy Paul’s share. Nancy was indecisive, as she valued the family memories but was wary of its obligations.

Although it would be a windfall of sorts for Fred and Mary since they weren’t expecting any money from the cottage, they were saddened that the cottage had turned into a source of friction between the children. Their estate planning attorney offered a solution that Fred and Mary decided would help to get the family back together: Form an LLC.