I have physical custody of my minor children, but my ex and I share legal custody. Can I move with my children from Grand Rapids to Petoskey? 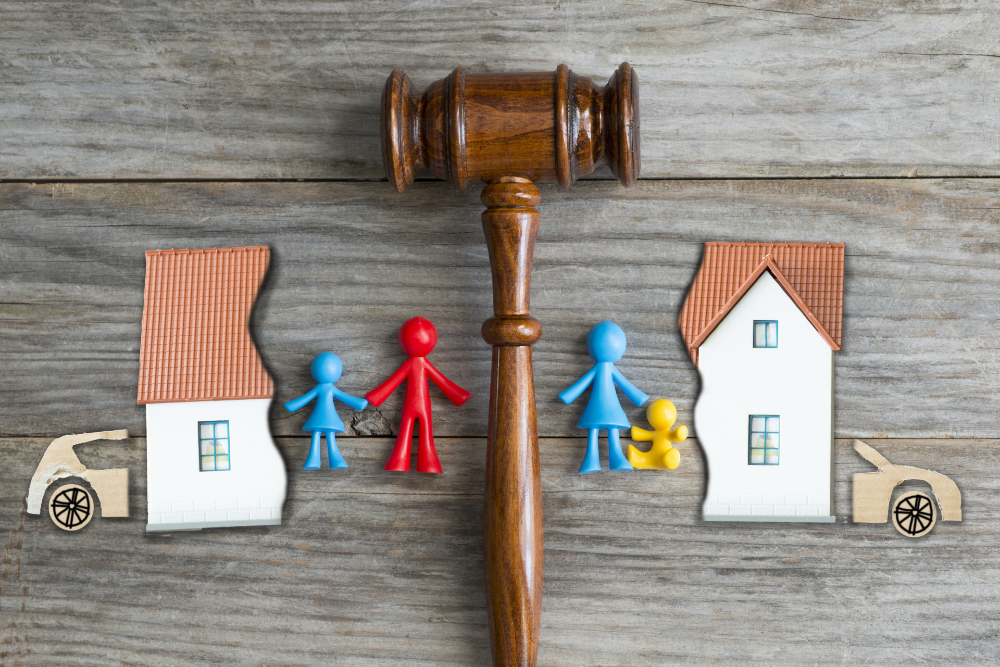 Although Dave and Amber never married, they were in a long-term relationship and had three minor children together, ages 16, 10 and 8. After their relationship unexpectedly ended several years prior, Amber filed for custody so she could force to Dave to pay child support, which she needed to live on her own and to help provide for the children.

Dave and Amber were able to quickly settle their custody case since they decided on joint legal custody, joint physical custody and 50/50 parenting time. Dave also agreed to pay child support according to the Michigan Child Support Formula.

Although the children were doing well in school in the Grand Rapids area and had a strong network of friends, after several years living on her own, Amber decided it would be best to move back to her hometown of Petoskey, where she had family support and plenty of eager babysitters for the two younger children.

Amber decided that she would live with her parents once she moved back to Petoskey. She could look after her parents as they got older, and her parents could watch the children while she was at work. Amber would also benefit financially since she would not have to pay rent.

Dave was totally opposed to Amber moving back to Petoskey with the minor children. Although Amber had worked part time while they were together, Dave was an involved father and did not like the idea of suddenly becoming a weekend parent. He also enjoyed the 50/50 parenting time arrangement. Dave did not agree with Amber that the benefit of moving the children closer to Amber’s extended family outweighed the burden of removing the children from school and having them start over in a new community.

Because Dave did not agree that Amber could move with the children to Petoskey, Amber met with her family law attorney to discuss her options. Amber’s attorney told her that Michigan has what is commonly referred to as the “100-Mile Rule,” which says that if parents share joint legal custody, a parent cannot move the children more than 100 miles from their current residence without either 1) the other parent’s approval, or 2) a court order.

Since Dave would not agree, Amber considered a motion to request a court order so she could move with the children to Petoskey. Amber’s attorney told her that Michigan’s change of domicile statute requires the court to consider five factors before permitting a parent to move the children more than 100 miles from their current residence:

a) Whether the move has the capacity to improve the quality of life for the children and the relocating parent.

Amber suggested to her attorney that the move to Petoskey would benefit her children, as they would be closer to her family, including several cousins that were close in age to her own children. She soon realized, though, that the children would also suffer by having to start over with an entirely new peer group.

One of her children was already in high school and was involved in sports and other extracurriculars. Amber also had to admit that the children would greatly miss their father, who was still coaching the two younger children in sports. Amber decided reluctantly that this factor would weigh against a move.

Here, again, Amber decided that this factor would weigh against a move to Petoskey. Amber and Dave had exercised 50/50 parenting time for several years, and although Dave occasionally gave up a day or two here and there because he had to travel for work, Dave generally exercised most of his parenting time. Dave was also willing to cover for Amber on the few occasions she traveled without the children.

c) The degree to which the court is satisfied that the new parenting time schedule (if the move is approved) can be modified such that the children’s relationship with both parents can be preserved. The court will also consider whether each parent is likely to comply with the new schedule.

Amber knew that this factor would be very strongly in Dave’s favor. Because Dave and Amber had 50/50 parenting time, it would be nearly impossible for Dave to exercise anywhere near 50/50 parenting time if Amber and the children lived in Petoskey. Dave also would not be able to coach the children, and he would even have difficulty attending their events.

In these types of cases, it is common for the noncustodial parent to have the children for spring break every year and most, if not all, of summer vacation. Dave and Amber’s children were old enough, however, that such a schedule would not work, especially in the summer. The children would not want to be away from their new friends for the entire summer. They were also involved in sports and other activities that would require them to spend most of the summer in Petoskey.

d) The extent by which the parent opposing the move is motivated by a desire to secure a financial advantage with respect to a support obligation.

Although Dave’s child support payments would certainly go up if he exercised less parenting time, Amber knew that Dave did not oppose her move because he didn’t want to pay more child support. Dave opposed the move because he cherished his time and his involvement with his children.

e) Domestic Violence, regardless of whether the violence was directed at or witnessed by the children.

Domestic violence was not a factor in this case.

After meeting with her attorney, Amber decided that the court would most likely not grant her permission to move to Petoskey. She decided not to file a motion and to reconsider a move to Petoskey once the children were grown and not subject to the court’s jurisdiction.