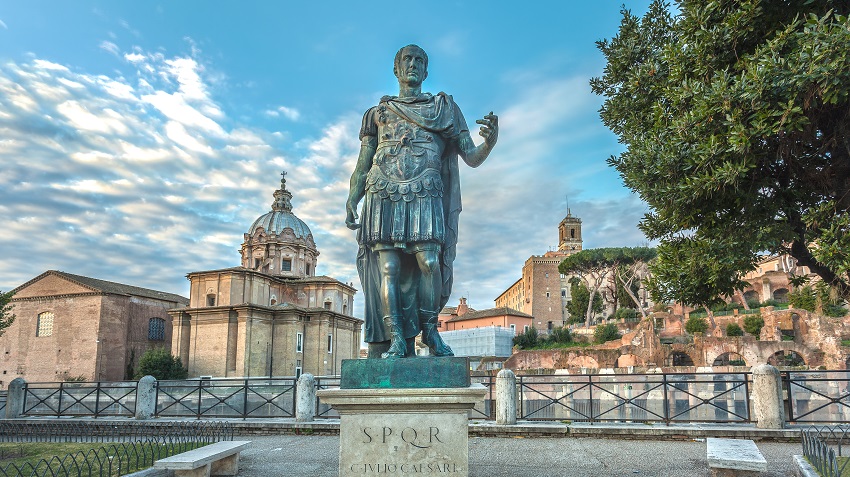 During any given week throughout courtrooms in Michigan, judges calmly decide the merits and validity of wills meant to convey property from the deceased to their heirs.

But because the process moves smoothly in modern courtrooms, we forget that army legions and navy fleets were once sent into war over the particulars of wills -- and that was never more true than in the days of Julius Caesar and the rise of the Roman Empire.

Forget the fantasy intrigues of the popular miniseries Game of Thrones. In real life, Julius Caesar sent the Roman Republic careening towards civil war when, through his will, he essentially adopted his grandnephew Octavian as his son. Marc Antony used Julius Caesar’s will to foment outrage in the citizens of Rome against the senators and conspirators who murdered Caesar. And Octavian, later known as Caesar Augustus, turned the tables on Antony by using what may have been a forged will to stir up opposition against Antony and his consort, Cleopatra.

Aside from all the destruction of war, we owe much to the Greeks and Romans for giving us a solid foundation in law as to how wills are written, confirmed as authentic and adjudicated. Even in ancient Greece, there were laws regarding matters such as adoption, individuals suffering from mental illness or dementia, and wills written under duress or improper influence.

Born to an aristocratic family, Julius Caesar knew the laws regarding wills and estates well. He became a politically adept leader of the ancient Roman Republic as governor of what is now Spain, France and Belgium. He was a popular leader with legions of soldiers made loyal through military conquest, for which they were justly compensated.

After leading his troops across the river Rubicon against the directives of the Roman Senate, Caesar defeated his rival Pompey and was named dictator for life. But his enemies in the Senate were fearful that he would seek to become king as well, so they assassinated him. His friend Antony read Caesar’s will to citizens who had turned out to view the corpse, and the mobs became enraged when they heard that Caesar had willed his gardens to the public as a place of recreation and had left money for every Roman citizen.

Through his will, Caesar also adopted his grandnephew Octavian as his son and heir, which would eventually prove to be the undoing of the ambitious Antony. Octavian eventually gained the loyalty of the military and turned the Roman people against Antony by disclosing that Antony had written his own will, which would have ceded Roman territories to Cleopatra and directed that he be buried in Egypt instead of Rome. In the ensuing wars, Octavian defeated Antony and Cleopatra, who both then committed suicide.

This story has a happy ending, however. After years of war, the Roman Empire experienced the Pax Romana period - almost two centuries of relative peace throughout the empire. Although your will may not move armies or create an empire spanning continents, it can help you leave a personal legacy ensuring your own family many years of peace and financial prosperity. To learn more, visit my website: http://toburenlaw.com/estate-planning